Top 15 Really Dumb Mistakes That Our Presidents Made

Top 15 Really Dumb Mistakes That Our Presidents Made

Being president of the United States is one of the most difficult jobs in the world. It is also one of the world’s most powerful positions. Unfortunately, the men elected to the presidency are not immune to making dumb mistakes. From having affairs and failing to wear jackets to genocide and internment camps, here are the 15 dumbest mistakes ever made by American presidents. 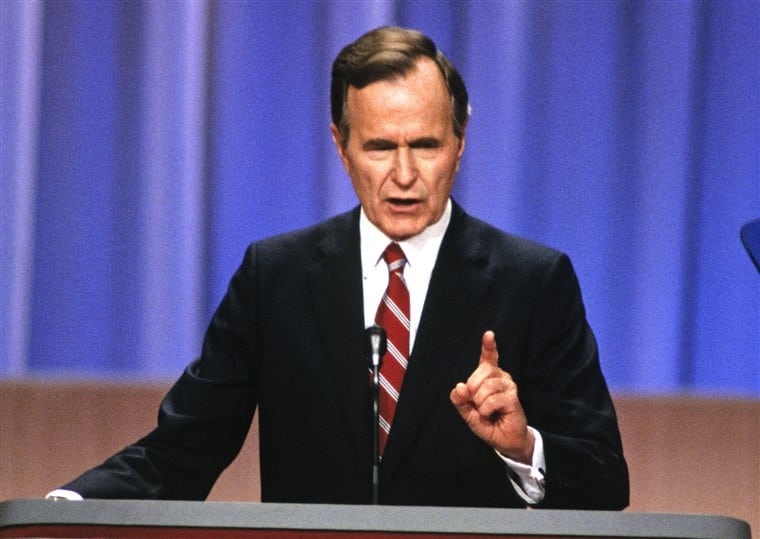 One of the dumbest things a politician can do is promise to never raise taxes. When George H.W. Bush was running for president in 1988 he said, “Read my lips: no new taxes.” He won the election, but fast forward to 1990: Bush raised taxes. This cost him in 1992, when Bill Clinton beat him in part by frequently referring to that broken promise. Bush said it was his biggest mistake.

If only he knew that in 2018, a president could lie every day. 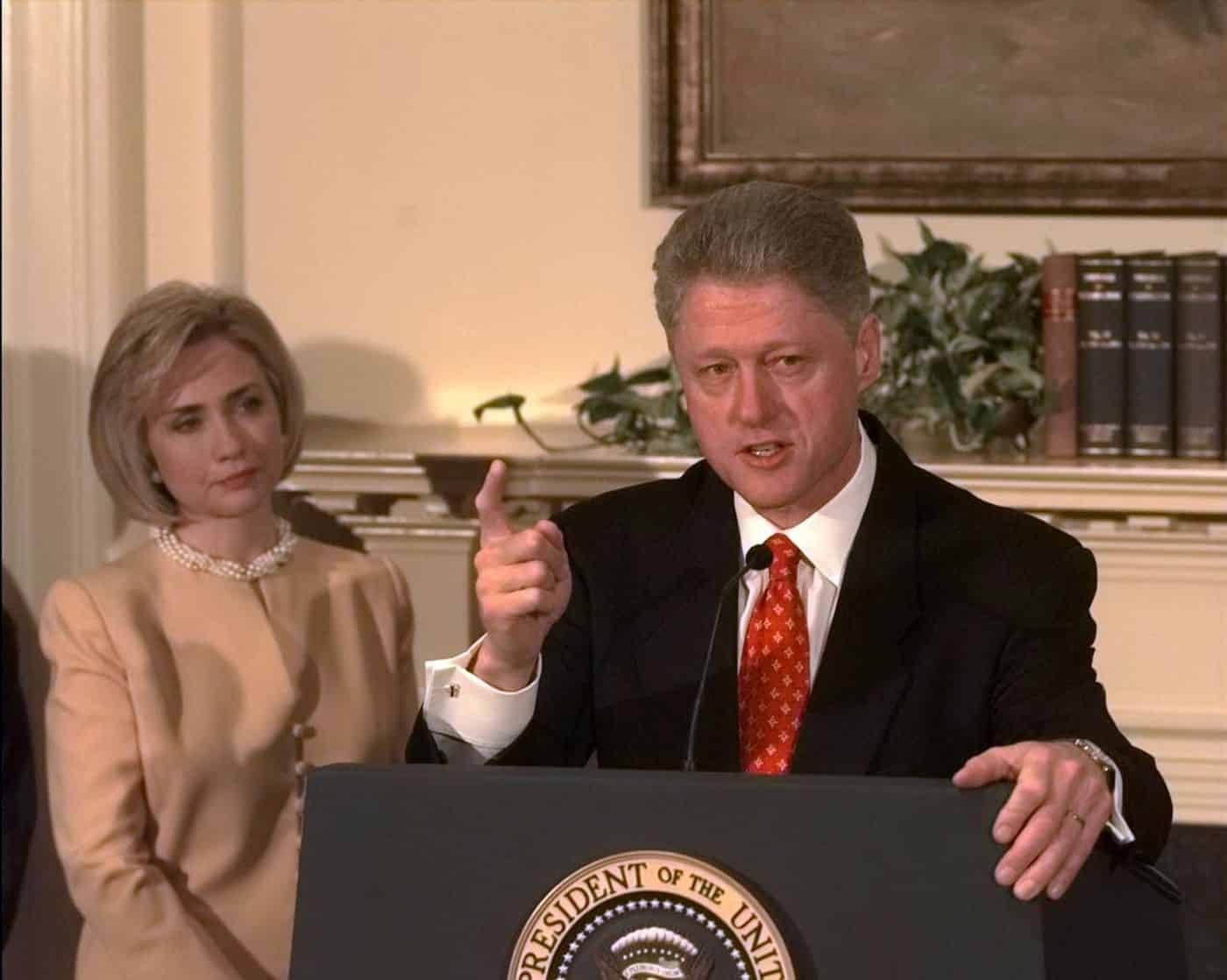 Bill Clinton was a great talker who was known for telling half-truths such as “I tried marijuana but I did not inhale.” This came back to bite him in 1997, when it was revealed that he had an affair with an intern. On live TV, Clinton said “I did not have sex with that woman, Ms. Lewinsky.” Later, it was revealed that he did in fact have an affair. Clinton was impeached by the House of Representatives and then acquitted by the Sente. A stern lesson the perils of lying.

If only he knew that by 2018, a president could lie about affairs without consequence. 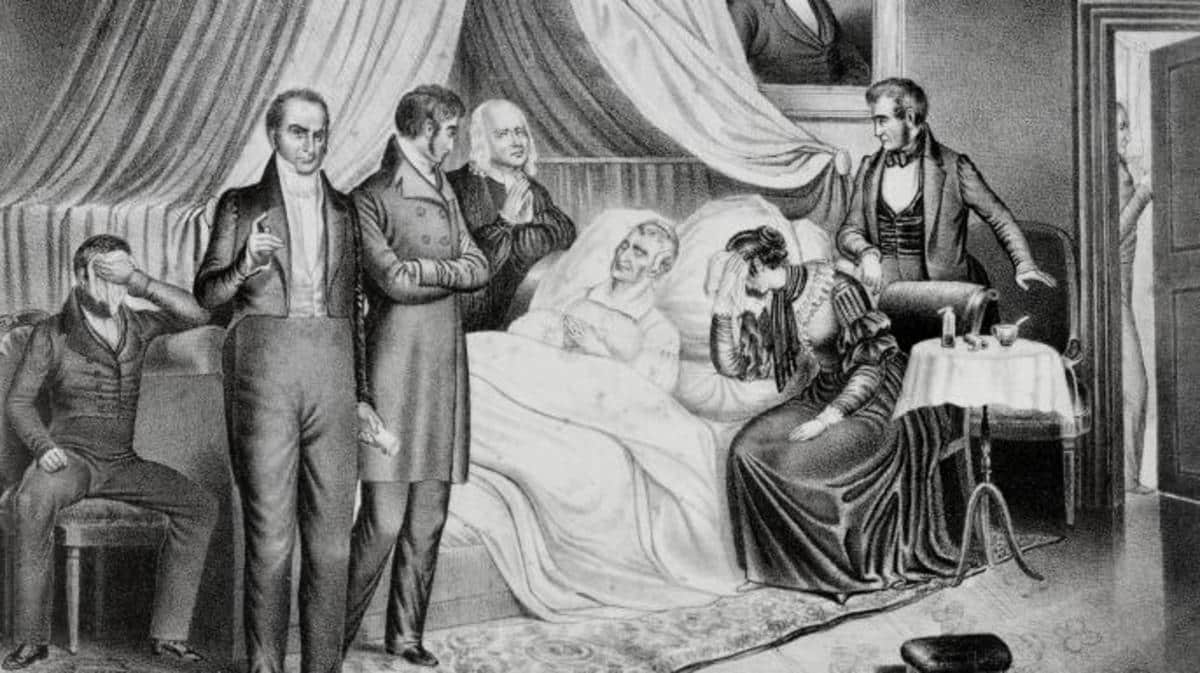 William Henry Harrison was America’s shortest-lived president, literally. Harrison stood in the freezing rain without a hat or coat during his inauguration. Allegedly he did this to show he was a tough guy. Sadly, he caught pneumonia soon thereafter and never recovered. Harrison died after being president for 30 days, 12 hours and 30 minutes. 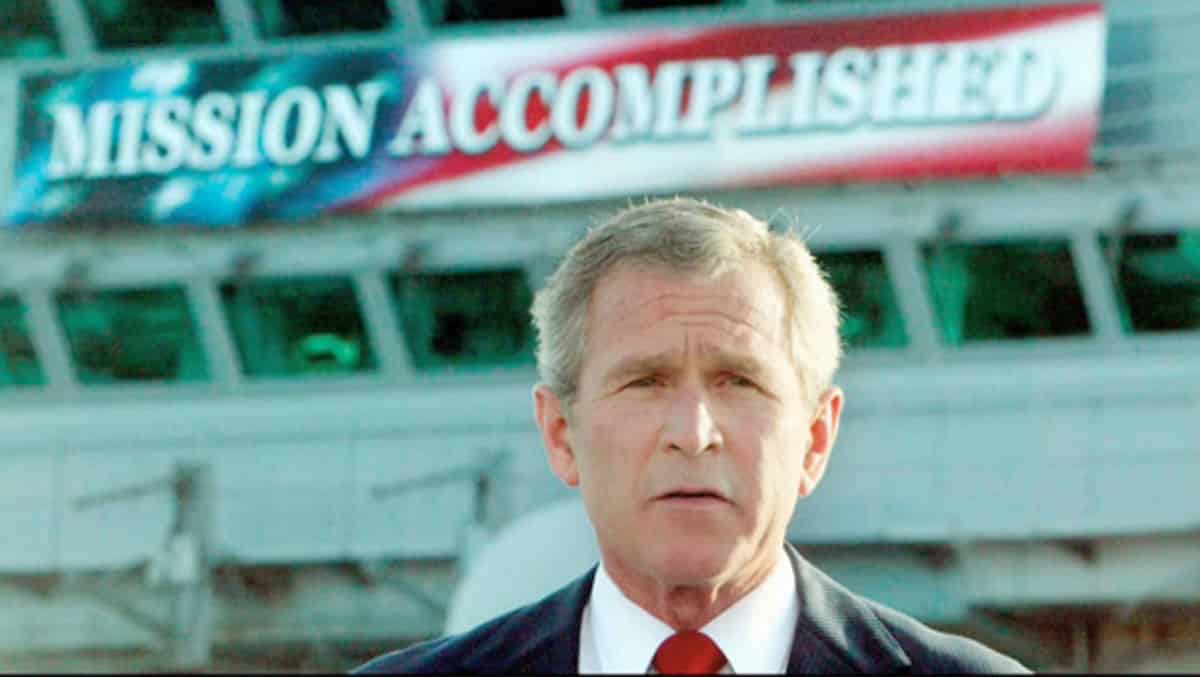 George W. Bush had a gift for folksy charm. This paid dividends on May 1, 2003, when he donned a flight suit and stood on the deck of an aircraft carrier to proclaim Mission Accomplished in the war in Iraq. Unfortunately, the war in Iraq was just getting started. Bush admits that it was one of his greatest mistakes.

Unfortunately, the war in Iraq continues.

11. The President, the Son-in-Law and the KKK

Woodrow Wilson had many moments of racism during his presidency. He made The Birth of the Nation, a Ku Klux Klan propaganda film, the first movie screen in the White House. Wilson declared the movie “all too true” and remarked “It is history written with lightning.” His son-in-law, Williams Gibbs McAdoo, became Secretary of the Treasury. Later, McAdoo accepted the endorsement of the KKK while running for president.

By 2018, another powerful son-in-law, Jared Kushner, would play a major role in shaping U.S. policy. 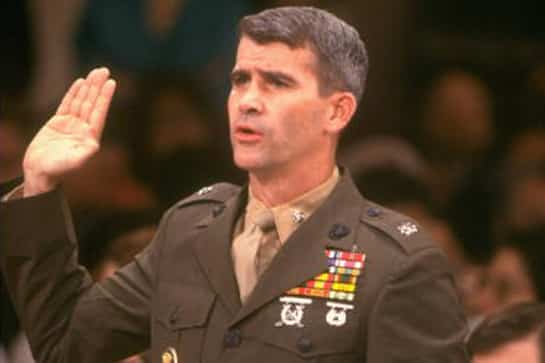 Ronald Reagan got the U.S. involved in secret weapons sales to Iran which violated the stated policy of the U.S. government not to negotiate with countries which sponsored terrorism. Lt. Col. Oliver North used the money from the secret sales to fund the Contras, a rebel group who was fighting the left-wing government of Nicaragua, which broke federal law. When this was revealed in 1986, it nearly brought down the Reagan administration, which had to admit it had sold weapons to Iran and funded covert operations in Central America. Oliver North claimed that Reagan and his Vice President, George Bush, knew what had gone on, which they denied.

Oliver North is now the president of the NRA. 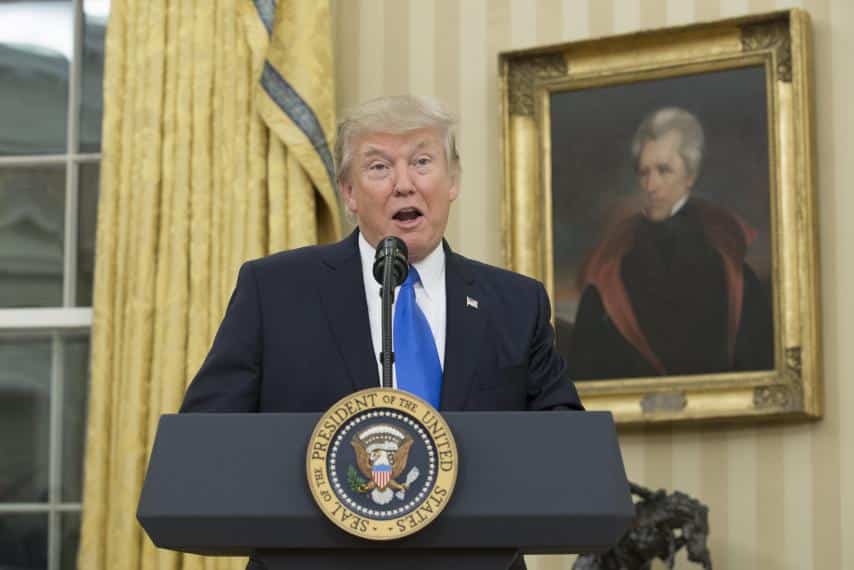 Andrew Jackson is known as one of America’s worst presidents. His nickname was “Indian Killer” and he committed genocide against Native Americans. The Indian Removal Act allowed the U.S. to seize millions of acres of land and forced Native people to capitulate or die. Natives were moved west of the Mississippi. Thousands of Cherokees and Creeks perished on the trail to their new lands. Meanwhile, the new settlers of the Indian lands used slaves to grow cotton.

In 2018, the sitting president put a portrait of Andrew Jackson in the Oval Office and praised him because “he had a big heart.” 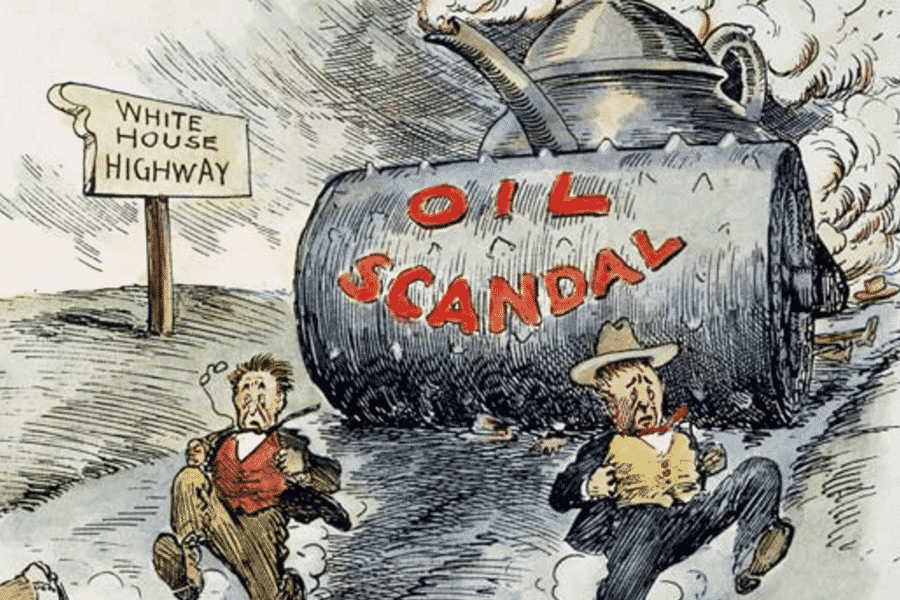 A favorite of history teachers everywhere, the Teapot Dome scandal was the biggest scandal in government corruption until the 21st century. President Harding notoriously appointed his poker friend, Albert Fall, to be Secretary of the Interior. Fall had previously campaigned to get private lands made public. While in office, Fall got Harding to transfer oil reserve lands from the Navy to the cabinet office. Then Fall made deals with private businesses to drill on those lands in return for money. If Harding hadn’t died first, he would likely have been impeached.

By 2018, Secretary of the Interior Ryan Zinke was a longtime advocate of transferring public lands to private property. As Secretary, Zinke embraced Fall’s policies, gutted regulations, allowed private businesses to siphon off oil profits that should have been paid to the government, and did multiple land deals to enrich himself and his wife. 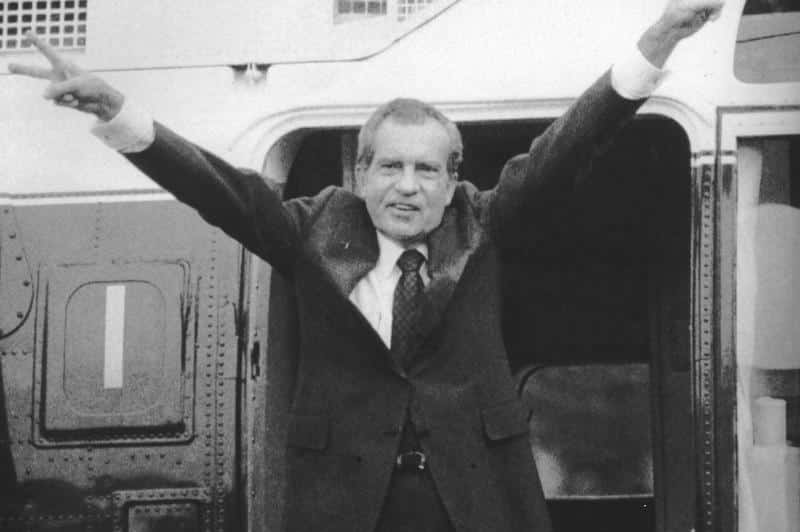 President Nixon hired burglars to break into the offices of the Democratic National Committee which were located at the Watergate complex. The burglars were stealing documents and tapping phones. The leader, James McCord, was an ex-FBI and CIA agent who was chief of security for the Committee to Reelect the President (aptly named CREEP). G. Gordon Liddy served as General Counsel to CREEP and planned and supervised the break in, using campaign funds. Nixon tried to cover up the scandal and was forced to resign. 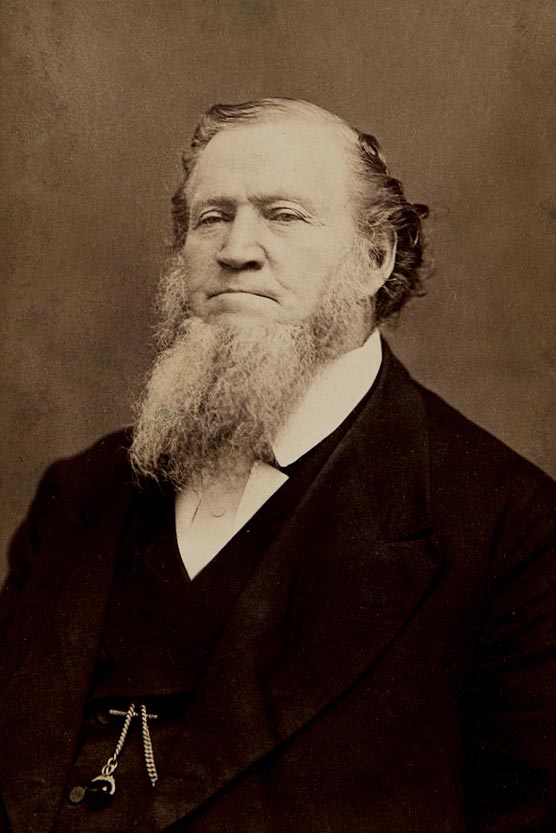 President Buchanan was neither Southern nor a slave owner, but his sympathies were with the South. After staffing the government with people only sympathetic to slavery, Buchanan declared that Northern abolitionists were more dangerous to the country than slave holders. Buchanan even said the although secession was illegal, nothing could be done about it. This opened the door to Abraham Lincoln and the Republicans, who took a harsher view of slavery and Southern interests.

Buchanan may be interested in knowing that in 2017, another U.S. president thought that there were “good people on both sides” of the slavery argument. 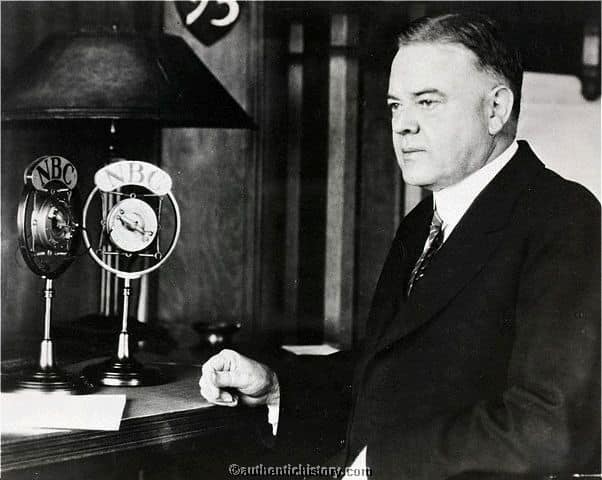 Image: History on the Net

Herbert Hoover presided over the Great Depression, the worst economic crisis in U.S. history, which was kicked off by the Stock Market Crash. Hoover was opposed to government intervention, arguing that if the banks didn’t panic, everything would be fine. It was not fine. The banks panicked and so did everyone else. This led to 25 percent unemployment and widespread starvation. As the years went by, people lost their homes and lived in shantytowns known as “Hoovervilles.” 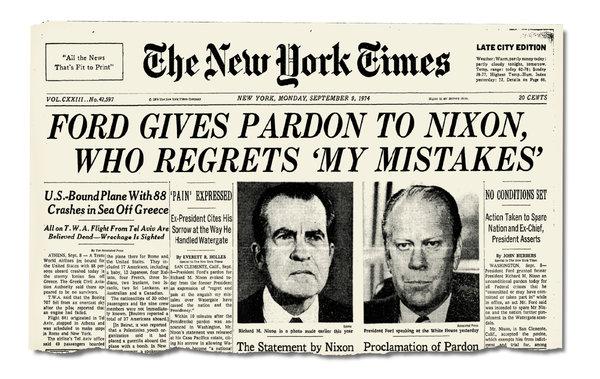 President Ford first became vice president after a scandal took down Nixon’s running mate, Spiro Agnew. Nixon agreed to resign because he was facing obstruction of justice charges in Congress, and would have been impeached. But Nixon resigned and Gerald Ford became president, pardoning Nixon. Although he argued that pardoning Nixon would help the country unite, the American people were outraged, everyone hated Ford and he was unable to win the 1976 presidential election. 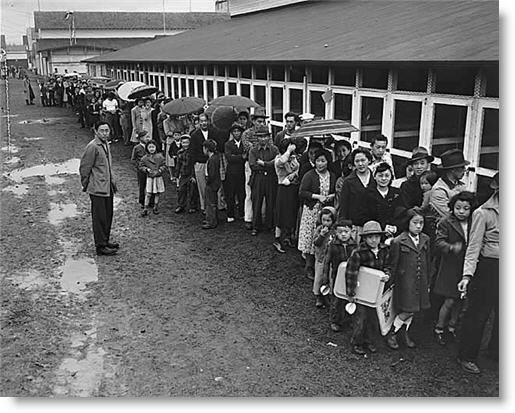 While American soldiers were liberating concentration camps in Europe during World War II, President Franklin Roosevelt forced Japanese Americans to be imprisoned. Over 117,000 men, women and children were put into camps from 1942 to 1945. It is one of the worst civil rights violations in American history.

By 2018, America was once again imprisoning children of immigrants at empty Walmarts and holding them in tents in the desert. 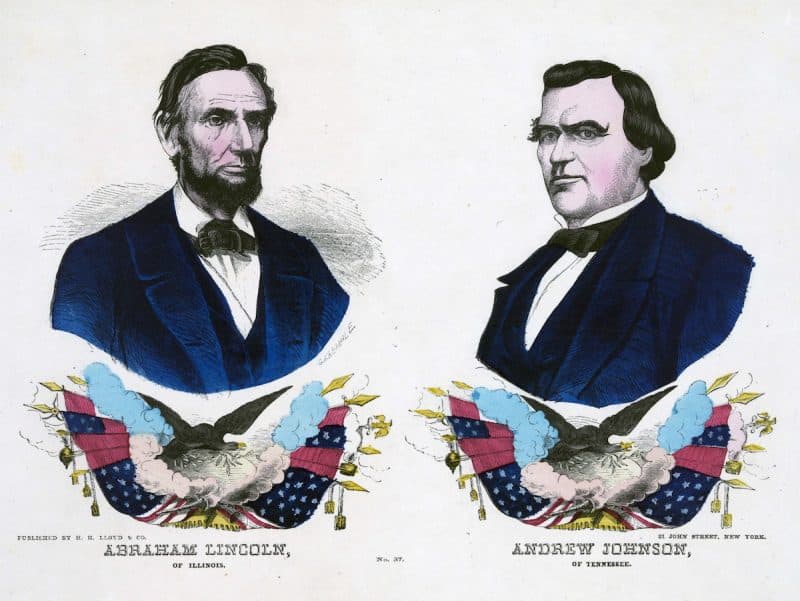 President Lincoln was looking for a way to help the country heal after the Civil War. That’s how he decided to pick Andrew Johnson as his running mate on a bipartisan ticket. This was a tragic mistake. Lincoln was killed and Johnson immediately took over by ending policies designed to help formerly enslaved people during Reconstruction Era. 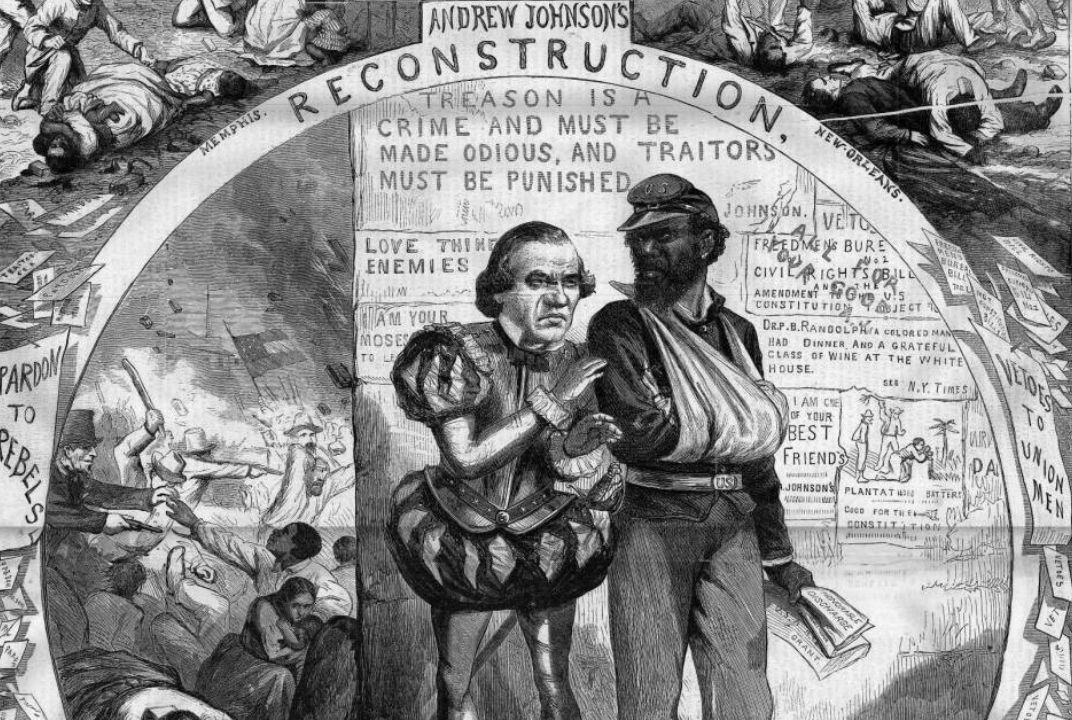 Johnson was a white supremacist who wrote, “This is a country for white men, and by God, as long as I am President, it shall be a government for white men.” Under his leadership, the South suppressed African American voting rights. He also opposed the 14th Amendment and avoided impeachment by just one vote.